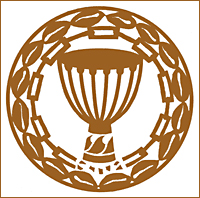 Like many New England towns and cities, where slavery was integral to the colonial economy, Deerfield was once a slave-owning community. Sixteen out of the forty-two households along Deerfield’s mile-long main street had enslaved Africans in the middle of the 18th century. In addition to the thirty-eight percent of households that owned slaves, many others bartered with their neighbors for use of slave labor. Little is known about the lives of the more than fifty-five slaves and forty-five emancipated slaves who lived and worked throughout all of Deerfield between 1695 and the 1780s. Who were they? What were their lives like? How can we find out more? How can we remember them?

For more information on slavery in Deerfield see “A Guide to African-American Historic Sites in Deerfield” written by members of the Pocumtuck Valley Memorial Association’s African American Monument Committee.