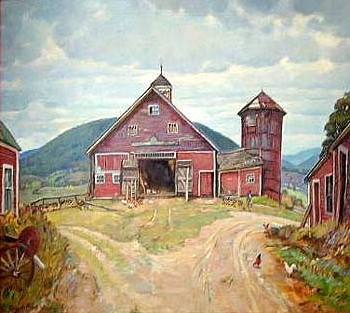 No farm is complete without a barn. Using perspective to literally heighten the barn on the canvas and in our minds, Robert Strong Woodward (1885-1957) succeeded in dignifying this rural structure to a position of honor. Referencing Woodward’s painting Farmer’s Castle—a play on the maxim “a man’s home is his castle”—if a farmer’s land is his kingdom, then the barn is his castle. Essential for housing livestock, grain, hay, manure, and equipment, it is the center of the farm.

Born in Northampton, MA, Woodward turned to painting as a profession after a gunshot wound paralyzed him from the waist down. He found refuge at his grandparents’ Buckland, MA, farm, and in 1910, he briefly studied at the School of the Museum of Fine Arts in Boston. Woodward ultimately settled in Buckland, MA, and had a successful career. He was represented by the Vose Galleries in Boston, and Macbeth and Grand Central Galleries in New York. His still lifes and landscapes were exhibited to critical acclaim in New York, Boston and throughout New England. Over his three-decades-long career, Woodward completed over 750 oil and pastel paintings. 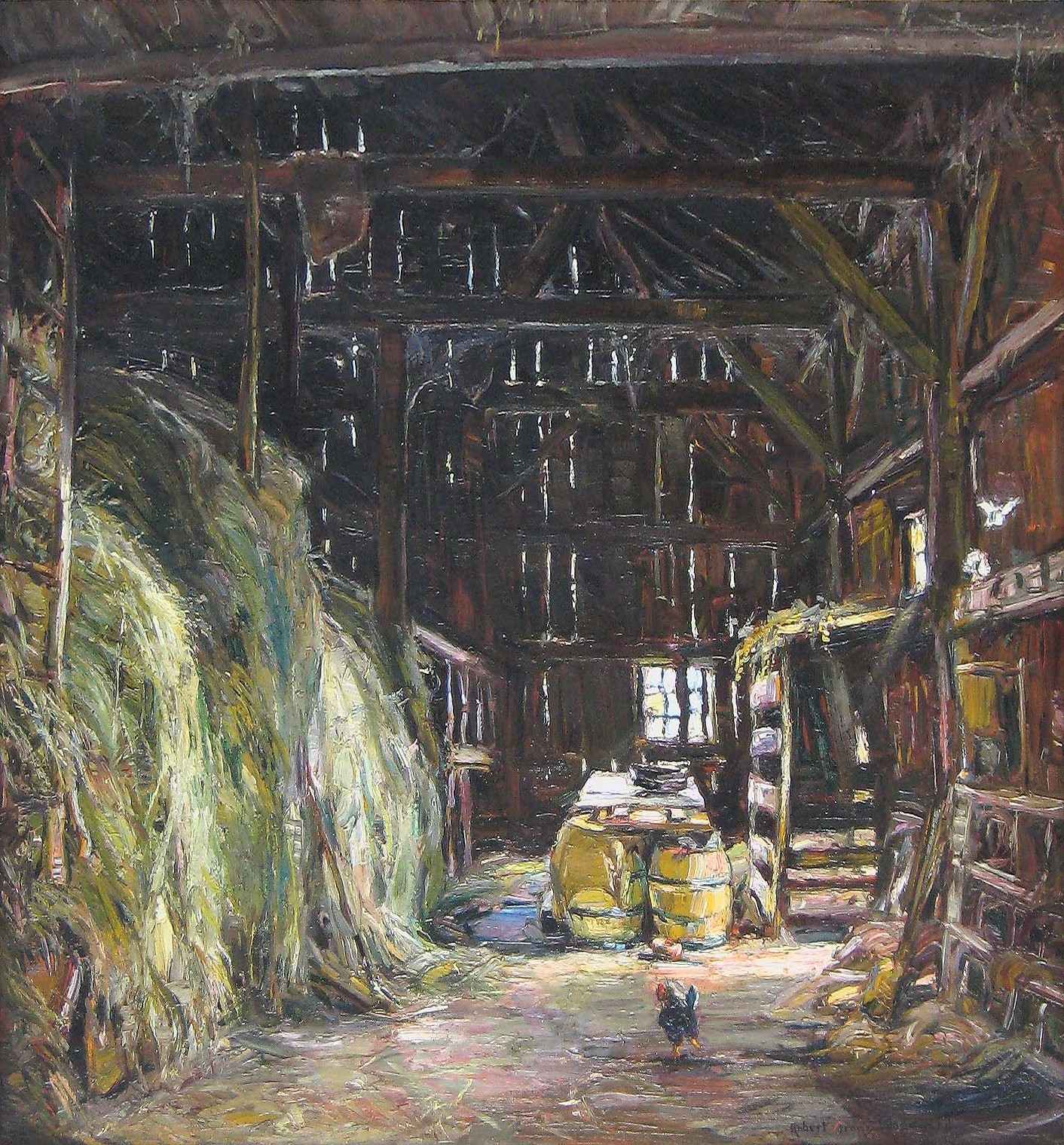 Surrounded by rolling hills and farmlands, Woodward found beauty and inspiration in his neighbors’ barns. Depicting the barns in nearby Buckland, Charlemont, and Colrain, Woodward sometimes painted the same barn many times.  In a 1938 letter to art critic Royal Cortissoz, Woodward wrote “My paintings have something beyond—merely the representation of factual truth . . . All the tragedy, humor, and struggle of New England farm life are found in this painting of mine.” Especially fond of his barn paintings, Woodward always hoped to mount an exhibition of them, but they were often the first to sell and he could never keep enough in stock. 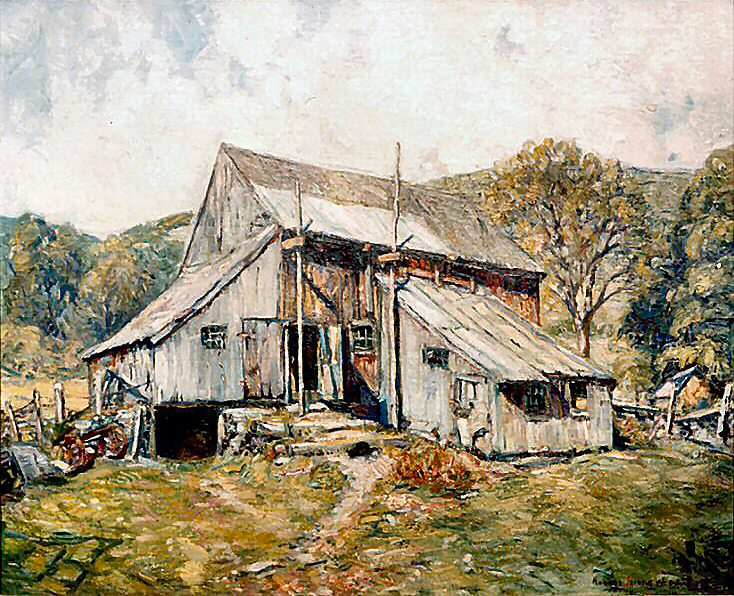 Organized by the Friends of Robert Strong Woodward, a nonprofit organization dedicated to honoring the artist’s life and art, this exhibition features Memorial Hall Museum’s painting Farmer’s Castle, a painting of the Warfield barn in Charlemont donated by John Warfield Glaze and Shirley J. Glaze, and five privately-owned paintings of Buckland, Colrain, and Charlemont barns.