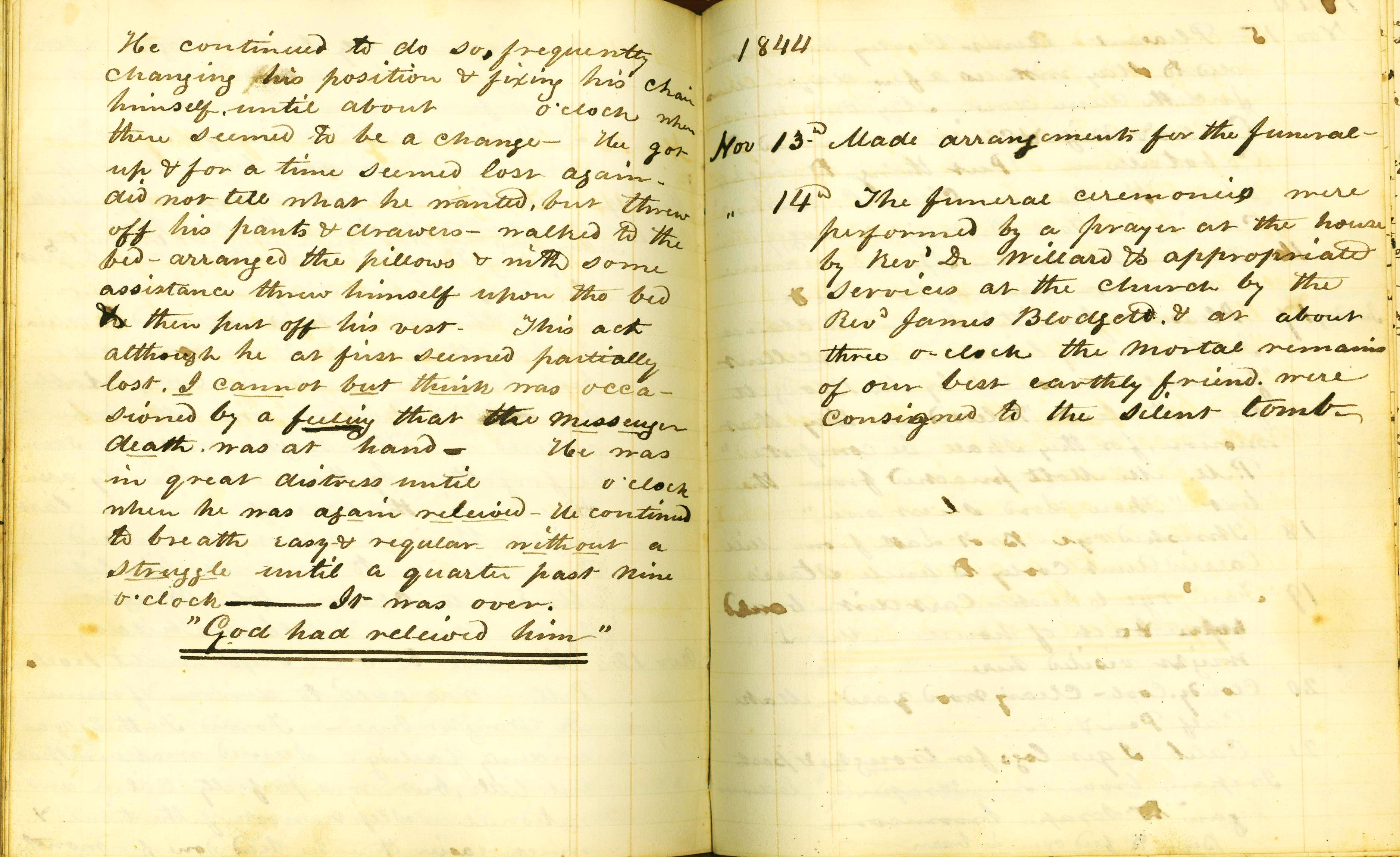 Josiah Allen (1814-1895) led a rather ordinary life, farming on his family’s ancestral home in the Wapping section of Deerfield, just south of the village. His claim to fame may be the fact that his daughters, Mary and Frances, became photographers of some renown. Their lives and work have been ably examined in The Allen Sisters: Pictorial Photographers, 1885-1920 by Suzanne Flynt, Curator of Memorial Hall Museum. Part of the research for her book involved reading the diaries of Josiah Allen which a local descendant had donated to the Pocumtuck Valley Memorial Association Library. Those four diaries cover the period 1861–1895, and document farm life, local and national events, and the many cultural and social activities in which Josiah participated.  Of course family members also appear throughout the diaries’ pages. 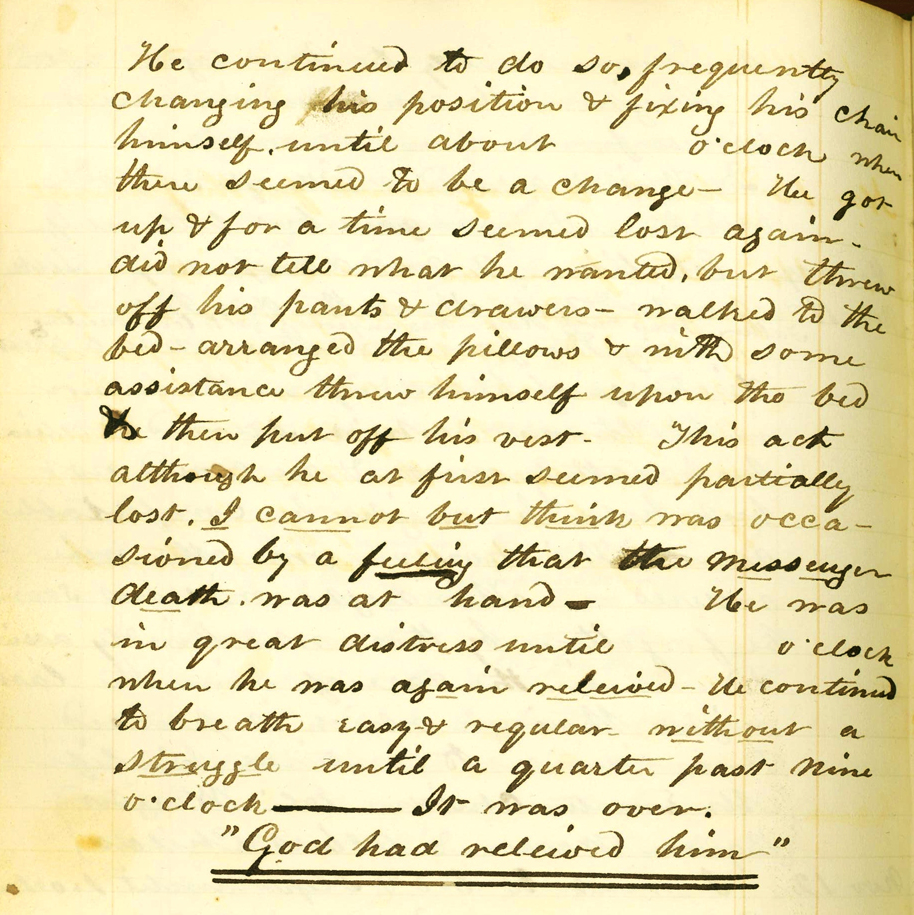 In 2013, three more of Josiah’s diaries were added to the Library in two separate acquisitions. Two volumes of earlier writings (1848-1860) came into the possession of a Greenfield book dealer through an individual living in western New York.  Not being immersed in the history of the Allens, the book dealer came to the Library to determine just who this Josiah Allen of Deerfield was. These ‘new’ diaries preceded those that we owned, and I immediately offered to purchase them. Just weeks later, yet another Josiah Allen diary came on the market.  The seller in Sacramento, California, offered them in an ebay auction. At the end of the bidding we owned all of Josiah Allen’s diaries. The last was actually the first in terms of dates, and had been begun in 1838 by Josiah’s father, Eliel Allen (1775-1844). Eliel’s diary entries are terse, one-line observations on weather, church services, and farm matters. The last occurred on Wednesday, November 6, 1844.  Josiah began keeping the diary the next day. Six days later he recorded his father’s death: “He continued to breath [sic] easy & regular without a struggle until a quarter past nine o’clock. — It was over.”

Deerfield has, with some justification, been described as the best documented small town in America. It is because of the almost gravitational pull of the town’s memory that objects and documents continue to return.