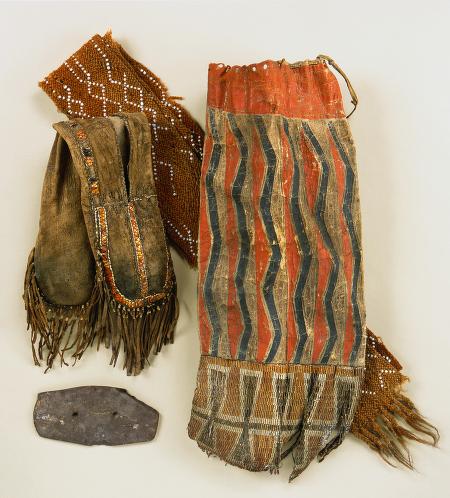 Arosen’s Gifts, c 1700-1750, Tobacco bag, red slate gorget, bullet or shot pouch, and a finger-woven sash. Native gifts given to Reverend Stephen Williams of Longmeadow, MA, by Arosen, Eunice (Williams) Kanenstenhawi’s husband. Eunice and her brother Stephen had both been captives of the 1704 raid on Deerfield, MA, but Eunice elected to remain with her Kanienkehaka (Mohawk) family at Kahnawake in Canada. The gifts were given to the Reverend during visits that Eunice and Arosen made to New England from Canada.